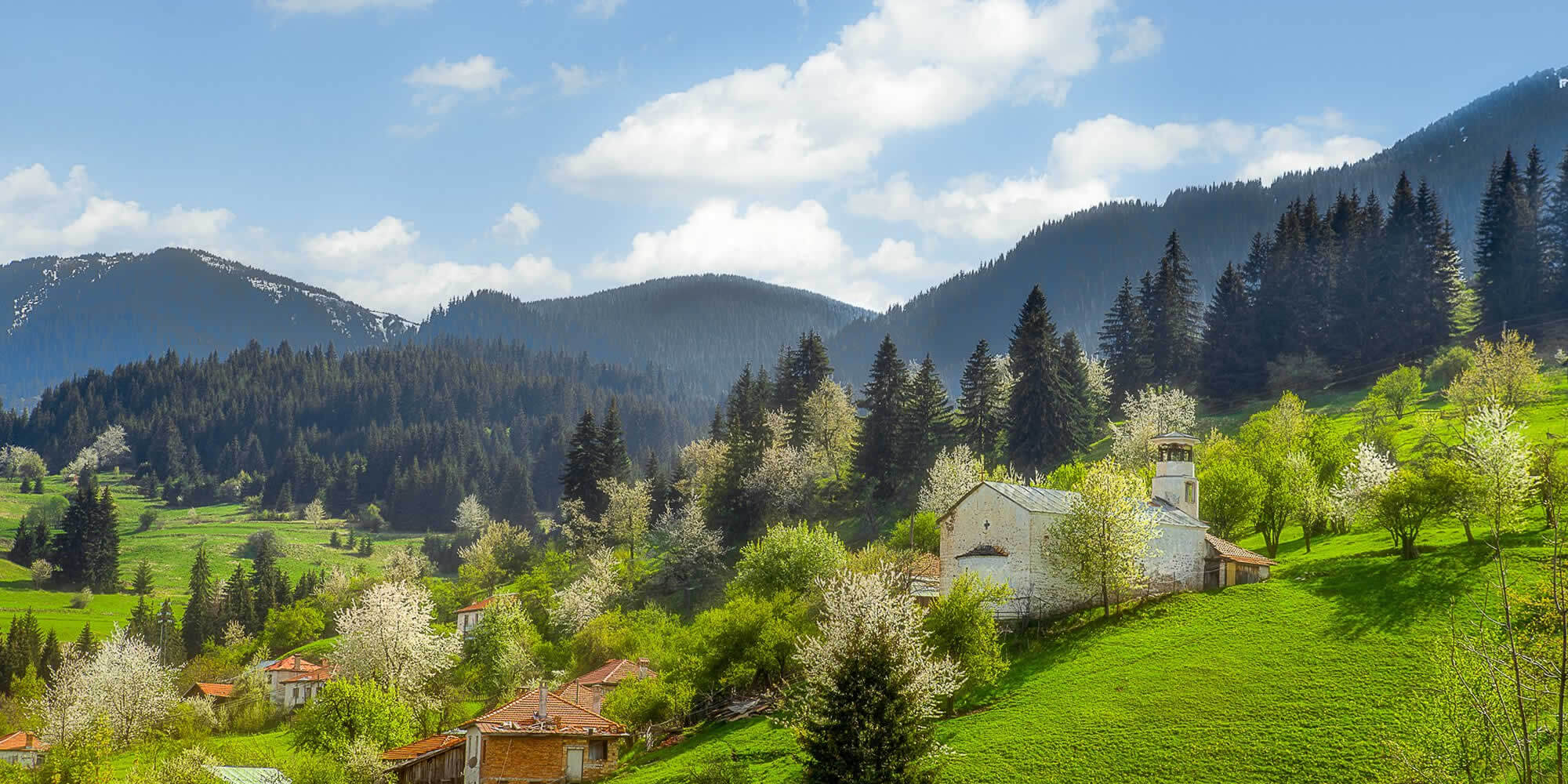 The village of Gela is situated in the heart of the Rhodope Mountains, in the Perelik mountain. It is six kilometers from Shiroka Laka. The nearest villages are Solishta (near it is 9 km long) and Stiklus. Nearby are Lednitza hut, Perelik chalet, Golyam Perelik peak (2191 m), Malk Perelik peak (2147 m), Shilestata chuka peak (2180 m), Orpheus peak (2188 m) and Chaeva chuka peak (1922 m). To the west of the village is the Lednitsata cave.

Besides being another incredibly picturesque Rhodope village, Gela is a never-ending source of myths and facts. Many believe Gela is a generator of positive energy that fills the body and soul only after a few hours of staying. Have you been intrigued?

The founding of the village was lost in antiquity, but it is known to be founded by the Thracians. Next to it there is a Thracian fortress Gradishte, studied by the archaeologist Damyan Damianov.

There are two main legends related to the history of the locality and the village. The first is that this is the birthplace of Orpheus. He is also believed to have gone down to seek Eurydice in the nearby Devil's Throat Cave.

The second legend is related to the end of the Second Bulgarian Kingdom. She says that after the exile In the Bachkovo Monastery, Patriarch Evtimii was buried in a secret place in the local monastery. It was burned down in the 17th century and was crashed to earth. At the beginning of the 20th century, local people decided to build a church on the site of the monastery and fall into a grave where the head of an Orthodox church was buried - in a sitting position, with a scepter in the form of two serpent heads and a gold necklace. The old people say their parents have seen the scepter before it disappears.

Excavations to the church really show a grave in which they can sit but empty. The claim that this is Patriarch Evtimii stems from the fact that the last Bulgarian patriarch was not buried in the place of his exile, which is only 20 kilometers from Gela. And the person found in the tomb, according to the natives, had the distinctive signs of the patriarchs.

Gela has two Orthodox temples. The name of the newer is St. Bogoroditsa. The older one was built on the site of a former monastery complex and is called St. Trinity. Its construction began in 1905 and was completed after the 1915 war. 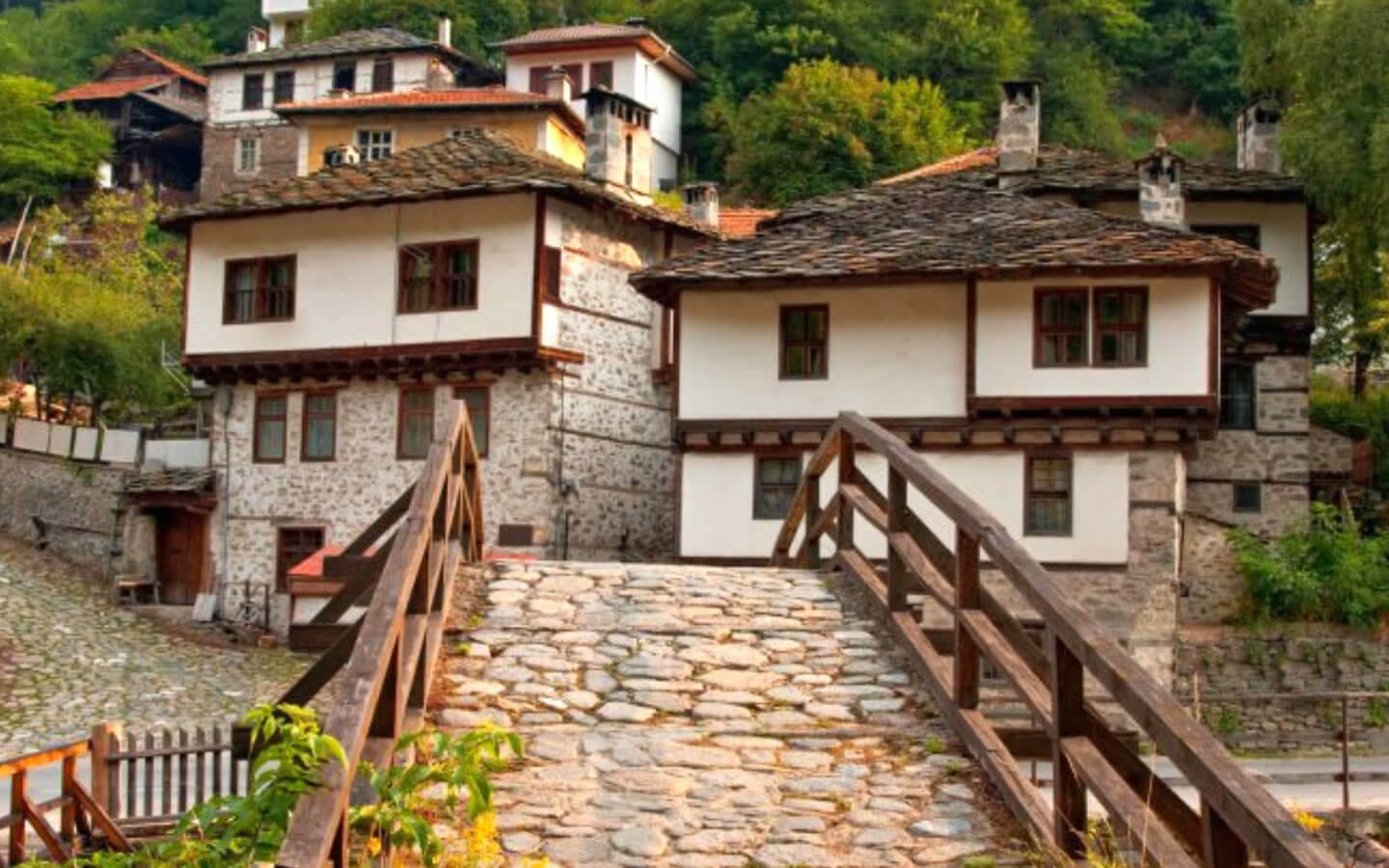 The village of Shiroka Laka

The village of Shiroka Laka is located in the Rhodopes, 23 km. northwest of the town of Smolyan and 16 km. from Pamporovo resort. The village has preserved its Renaissance architecture, musical culture, beautiful nature and rich history. It has been declared an architectural and folklore reserve. 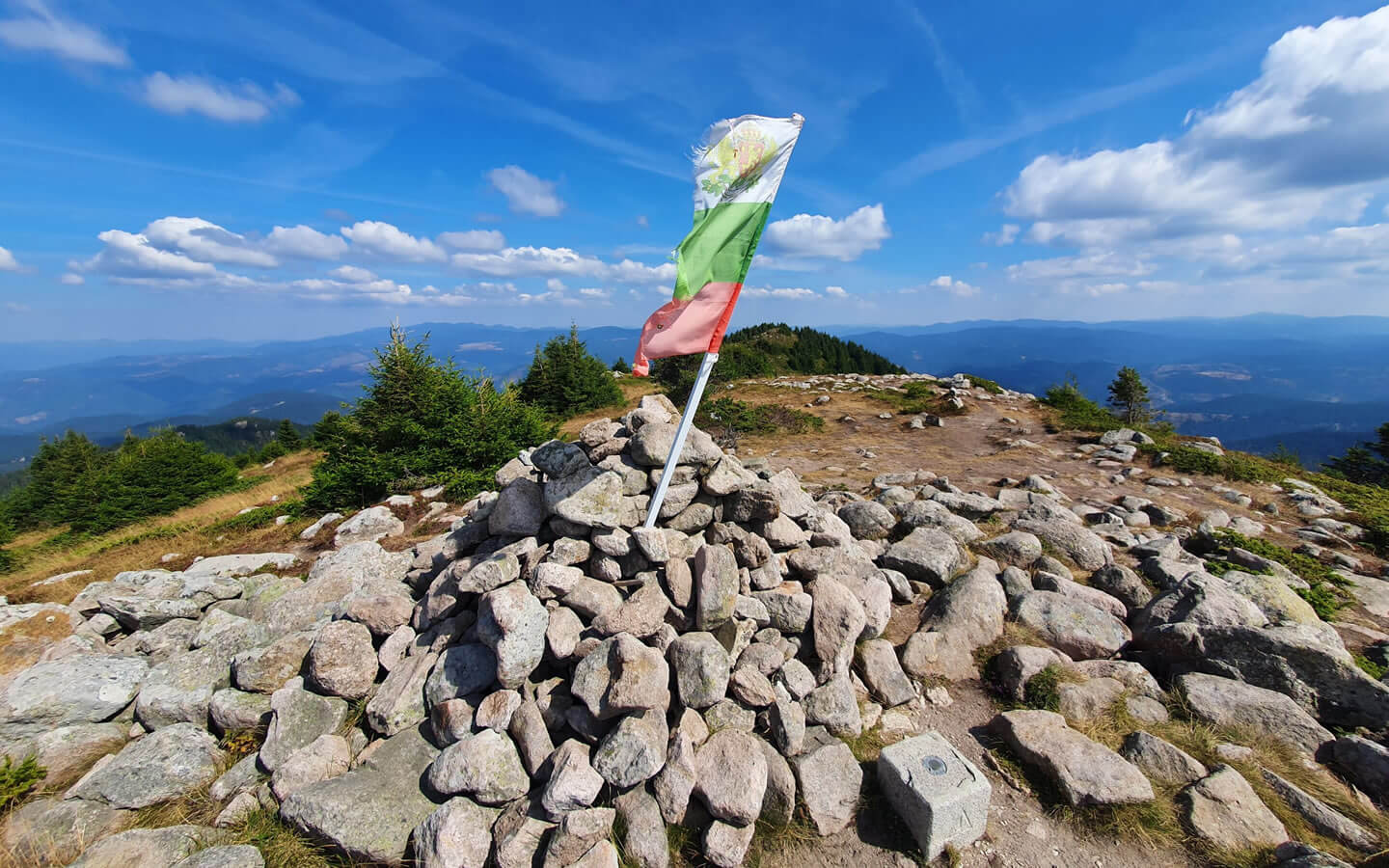 At 2,188 meters high, it is the second highest in the Rhodopes. This is also the highest point in the Rhodopes that a person can climb, because there is a military site on the summit of Golyam Perelik (2191 m - only 3 meters higher) and access is prohibited. 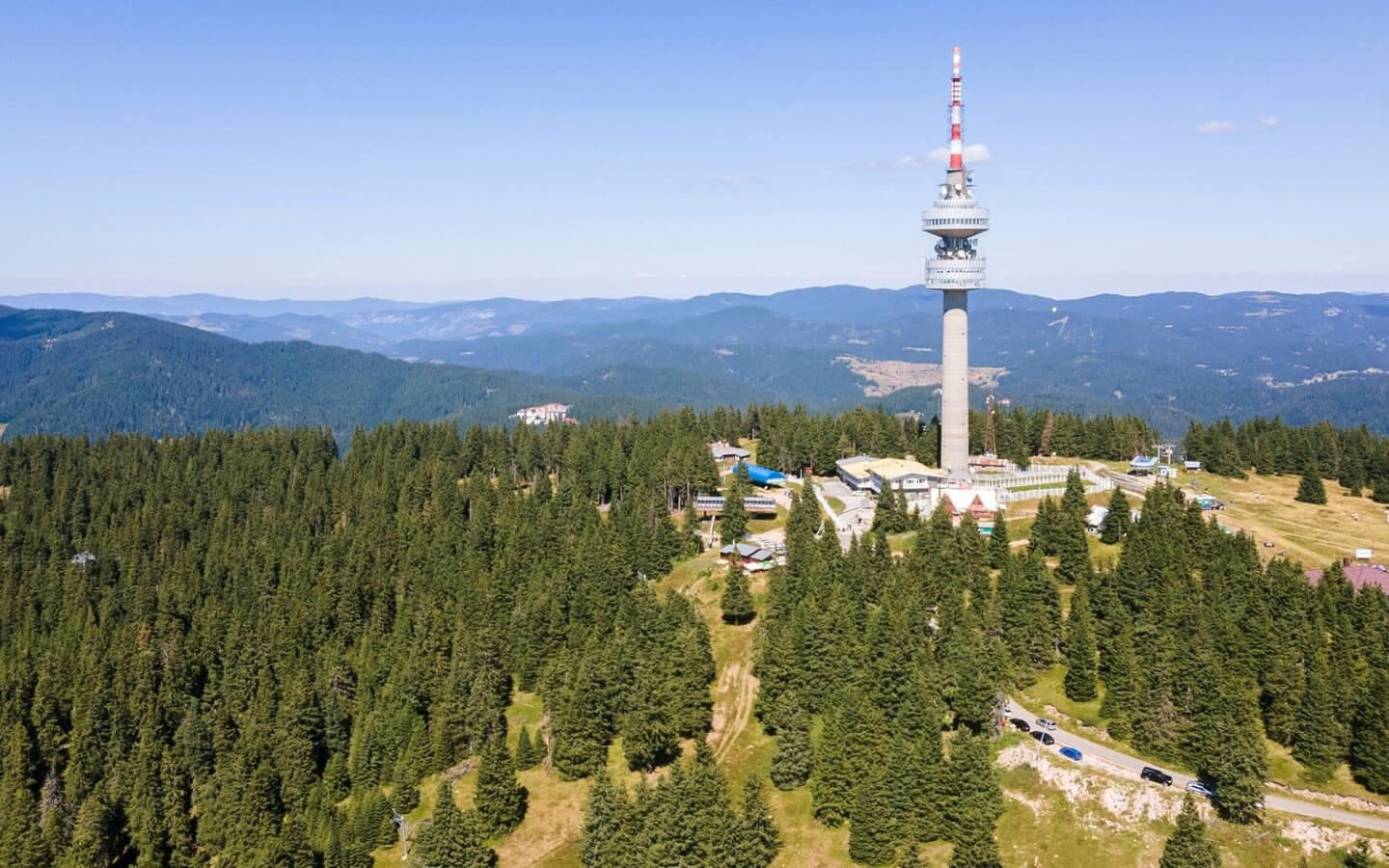 Although it is known mainly as a winter destination, Pamporovo also has a lot to offer to tourists who decide to visit it in the summer. In the Rhodopes region, there are many eco-trails suitable for walking tours. From Pamporovo there is a marked route to the village of Shiroka Laka, which is also very suitable for cyclists. 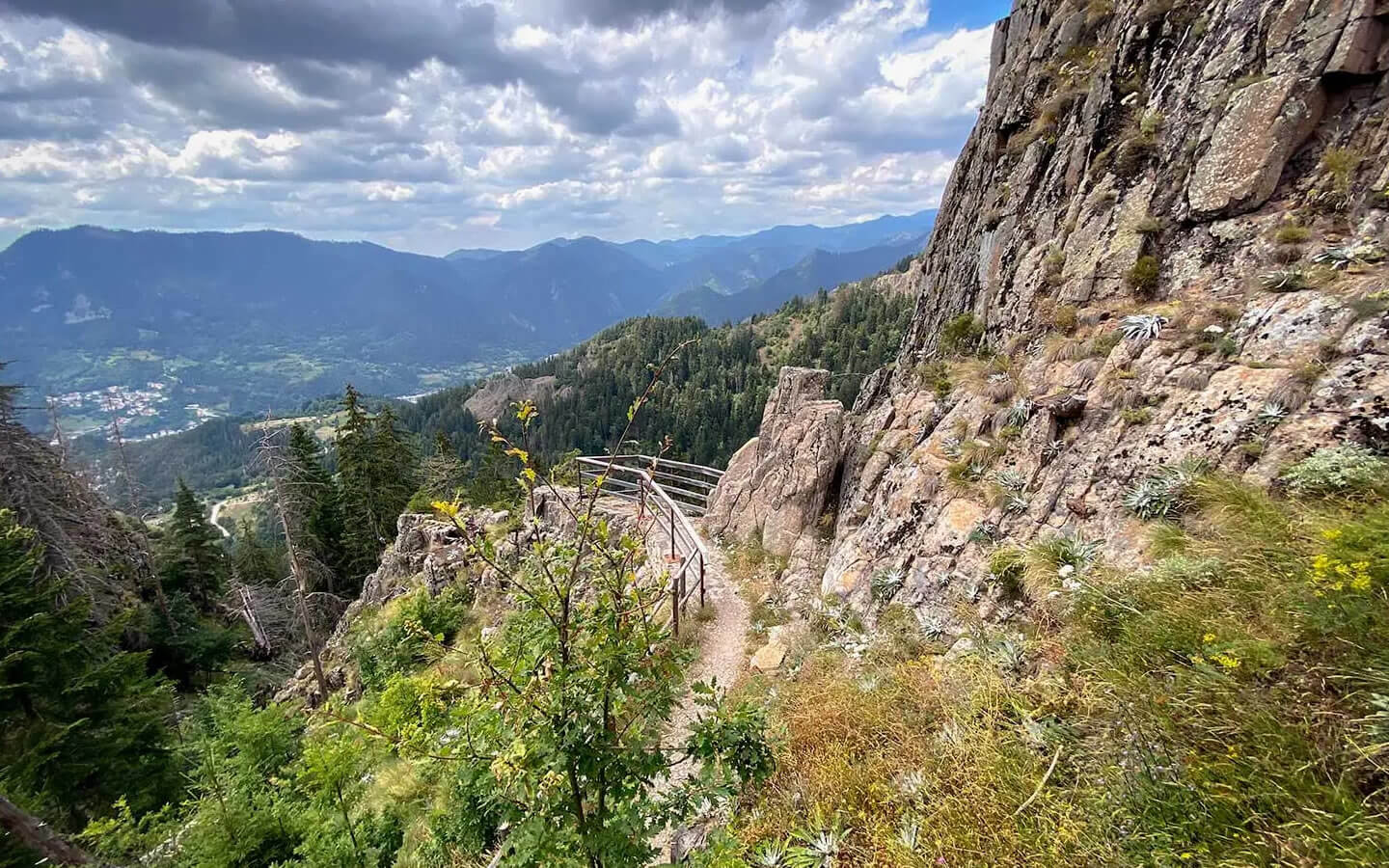 The eco-trail offers the most incredible views in the Rhodopes, and you don't need any mountaineering skills to conquer it. Extremely easy and perfectly refined, the eco-trail is suitable for people of all ages. 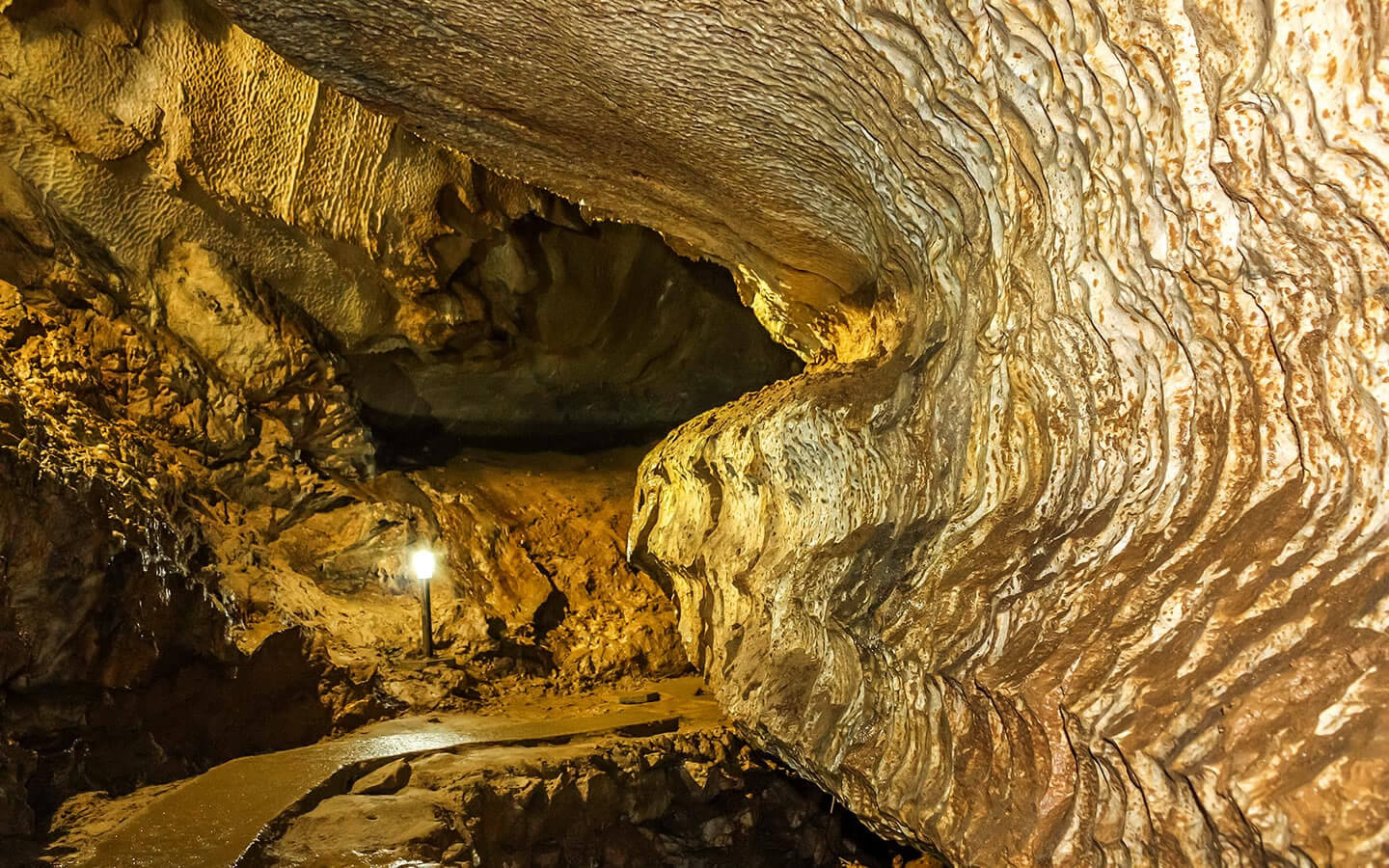 Yagodina Cave is located 20 km south of the town of Devin and 3 km southwest of the village of Yagodina. It is located on the right bank of the Buinovska river, which also formed the longest gorge in Bulgaria - the Buinovsko gorge with a length of 7 kilometers.

The Devil's Throat is located in the Western Rhodopes, 1.8 km north of the village of Trigrad and 17 km south of the town of Devin. What attracts and enchants people is the opportunity to touch a real element, a part of the mysterious and scary underground world.

The "Canyon of the Waterfalls" eco-trail was built in the buffer zone of the "Soskovcheto" reserve. It is about 6 km long. and reveals the natural phenomena and biological diversity of the protected area. The tourist route passes through impressive and memorable natural phenomena. 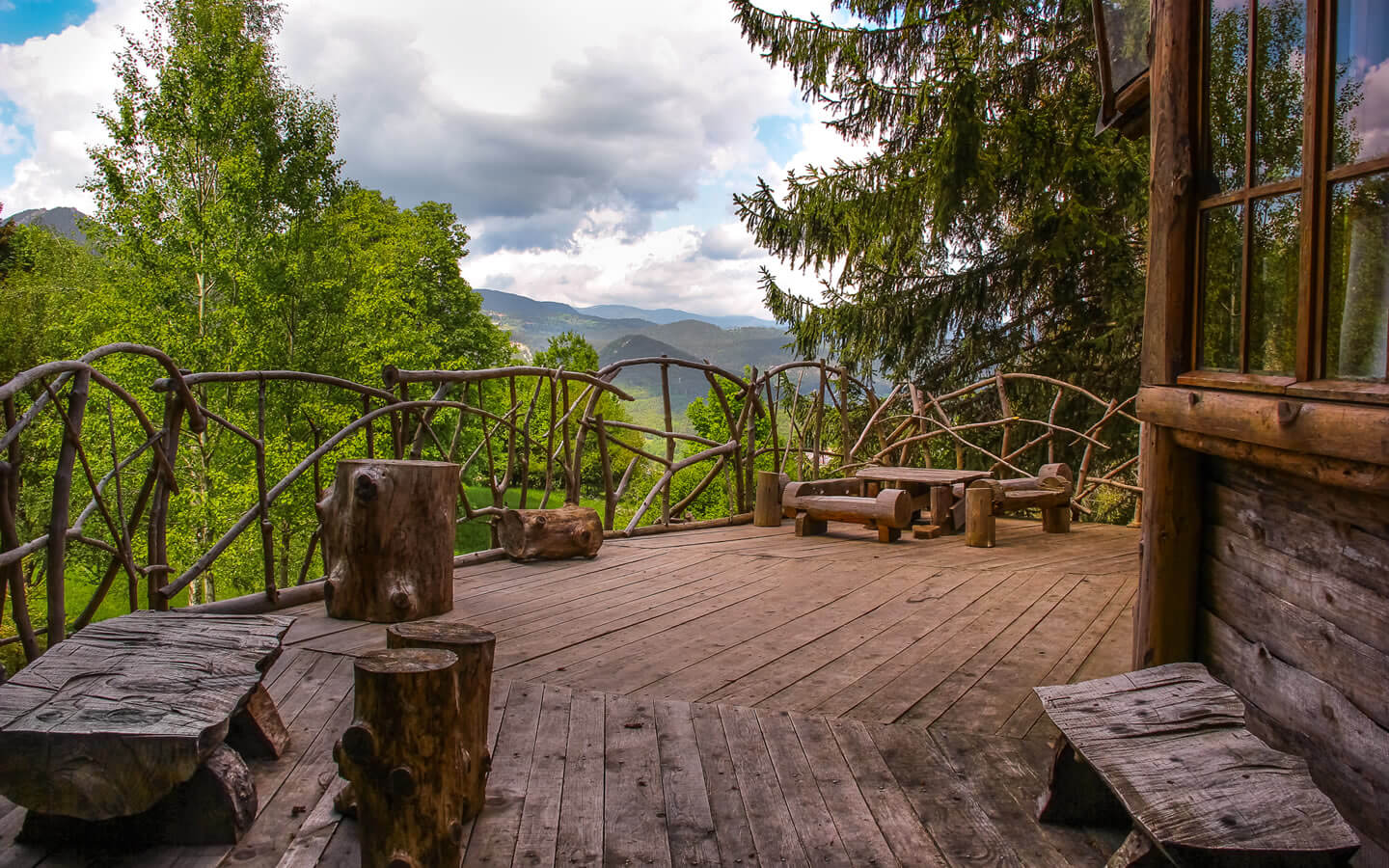 It is located only 5 km from the town of Smolyan, near the eponymous reserve "Amzovo". The park has a lake, an outdoor barbecue, a forest gym, tree houses for the little ones, a fountain, and a forest playground. And for the more extreme natures, the owners have built a rope garden, which is one of the most difficult, according to visitors. 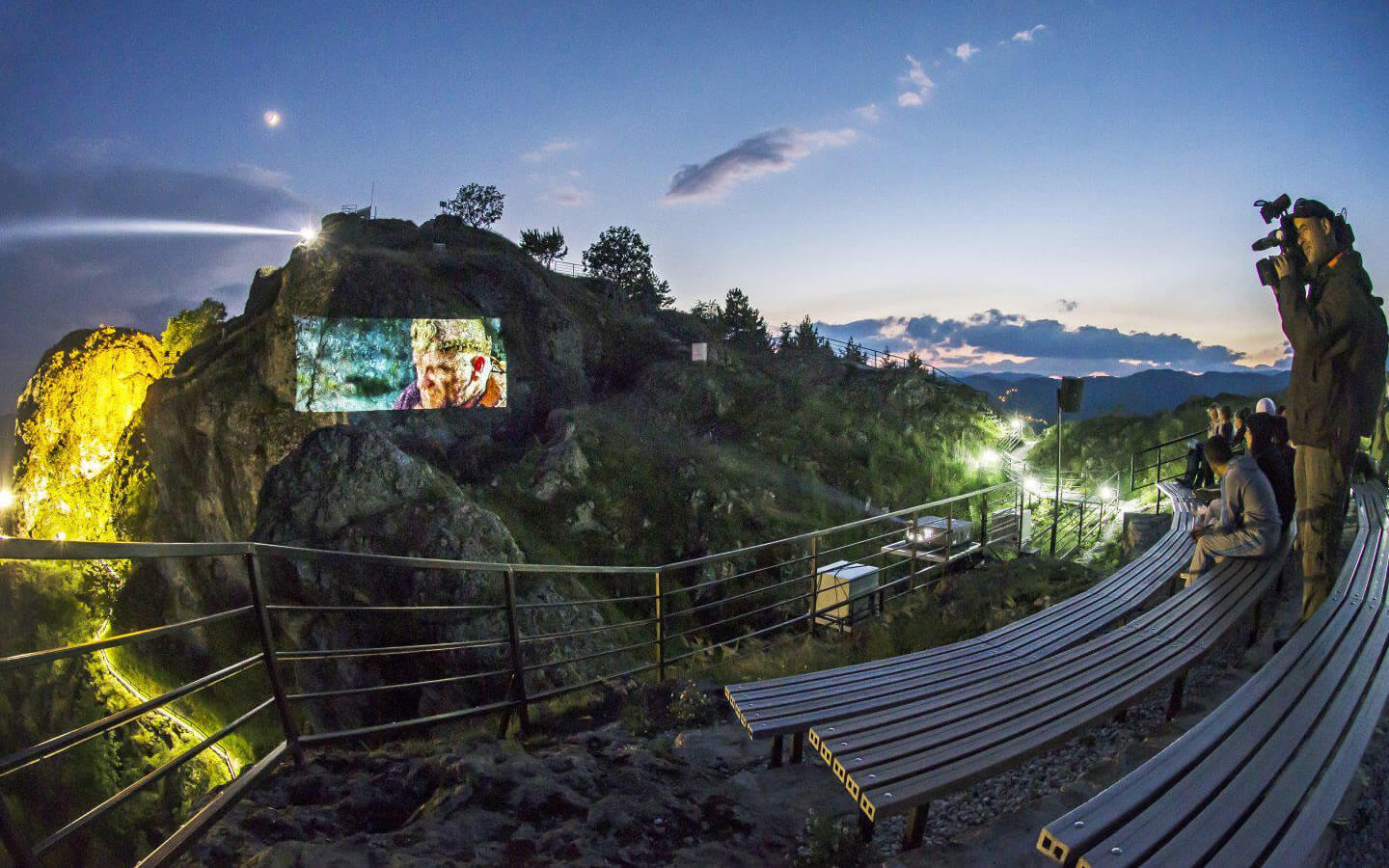 The Momchil fortress is located near the village of Gradat, about 16 km from the town of Smolyan. The fortification was built in late antiquity (around the 6th century). It was included in the general system of fortresses against the barbarians coming from the north, whose raids were especially frequent at that time. 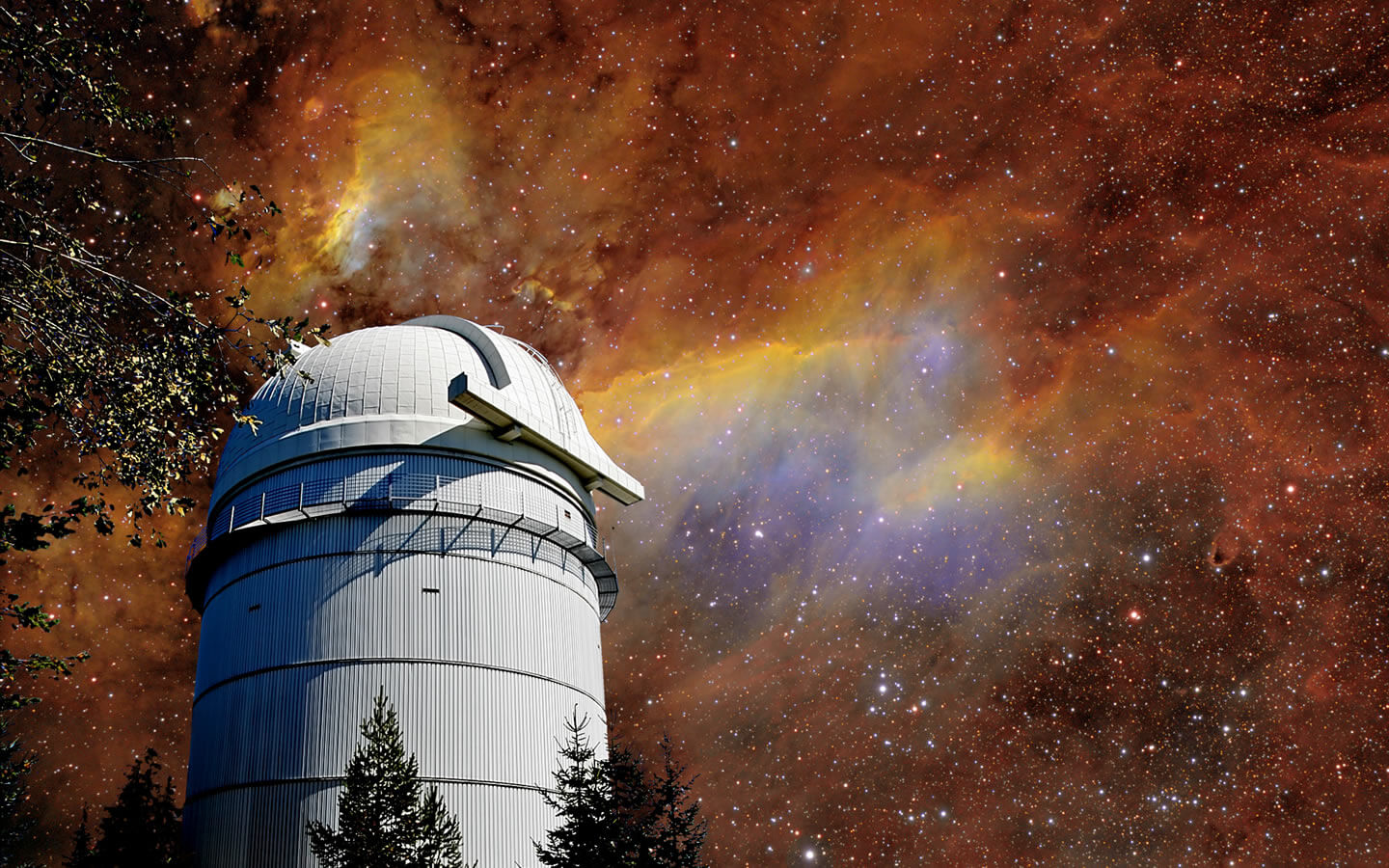 The largest operating scientific complex in astrophysics in Southeast Europe. Located in the Rhodopes on Mount Rozhen with an altitude of 1750 m. about 25 km. from the city of Smolyan. A visitor center, a lecture hall and a museum collection were built. Talks and demonstrations are held under the dome of the 2-meter telescope for individual and organized tourists. 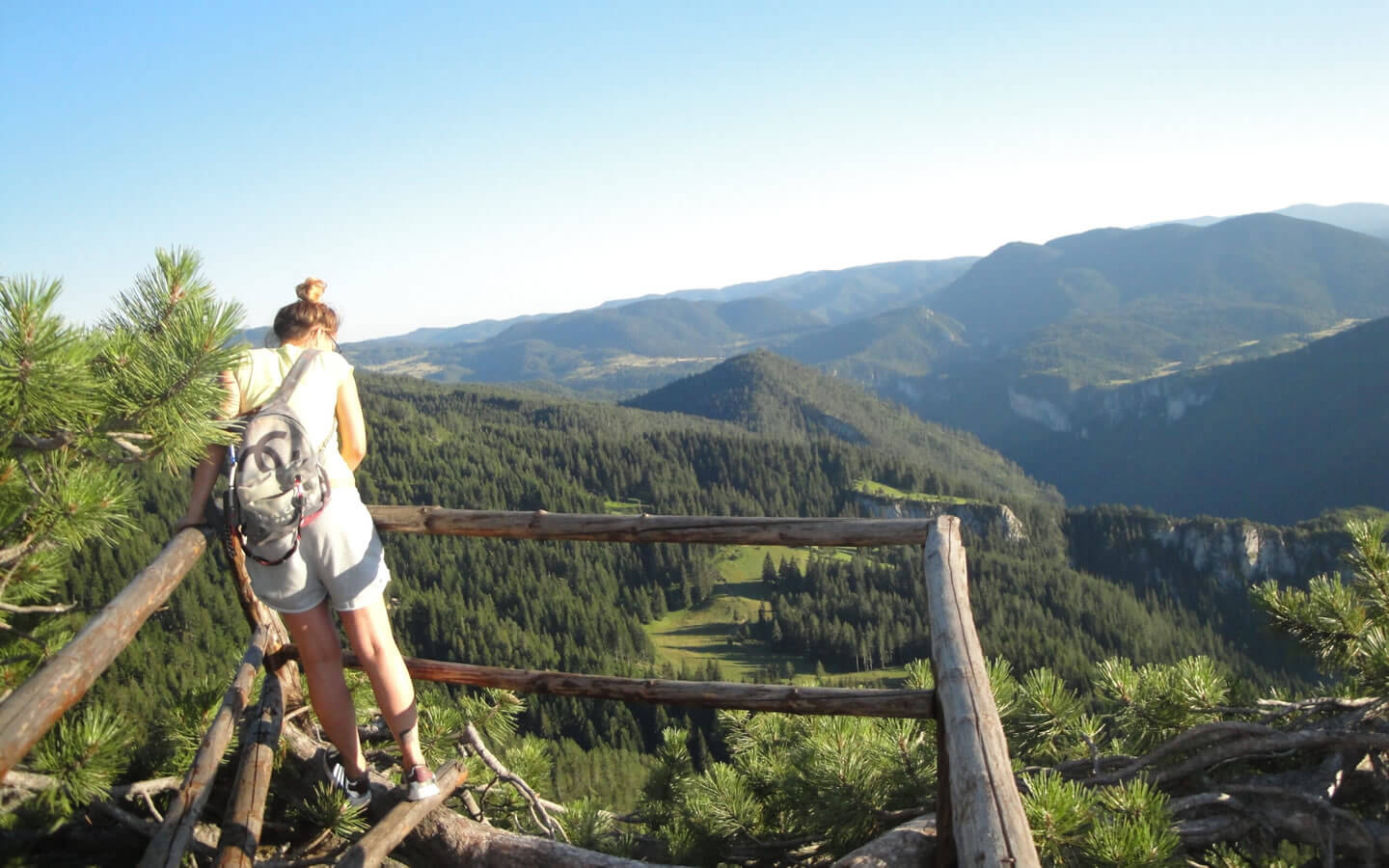 Wolf stone is an almost vertical rock, which is located in the Kaba Tash area, near the village of Gevren. Two observation towers for tourists have been built here. The place is better known by the name Valchi Kamak panoramic site.

Orlovo Oko panoramic platform is located on one of the highest peaks in the region - Sveti Ilia. The ascent is by jeep and takes about an hour. "Eagle Eye" is located 1530 meters above sea level.

THE BEAUTY OF GELA

Feel the magic of the Rhodopes in one of the oldest villages, birthplace of the mythical singer Orpheus, and touch the true side of nature. Your good time here is guaranteed.
The village of Gela is located in the heart of the Rhodopes, in the Perelish part of the mountain. It is six kilometers from Shiroka Laka. The nearest villages are Solishta (it is reached by a 9-kilometer road) and Stickle. Nearby are Lednitsa hut, Perelik hut, Golyam Perelik peak (2191 m), Malak Perelik peak (2147 m), Shilesata chuka peak (2180 m), Orfey peak (2188 m) and Chaeva chuka peak (1922 m). To the west of the village is the Lednitsa cave.